What is a haunting?

A haunting according to many dictionaries and paranormal experts is a “visitation or inhabitation by a ghost.” Hauntings in their most basic form are a type of paranormal energy that can affect our environment that is perceived to be otherworldly.

What is a residual haunting? 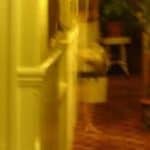 The negative energy is imprinted into the walls or floors of a location.
These types of hauntings can be experienced over and over by the living by sight, smell, or sound. Like residual hauntings are like recording tapes, that will play the events over and over again.

The entities involved in this residual haunting activity are unaware of their surroundings. Residual hauntings are not intelligent hauntings, and there is absolutely no interaction between the haunting and the living.

These types of hauntings activity can also be caused by positive energy. Many times you have heard ghost stories, where people can hear the sounds of a party.

Audibly paranormal Investigators have documented by capturing EVPS of music, singing, dancing, and laughter, and when they enter the room where they hear the party, there is no one there.

Visually paranormal investigators have captured evidence of these types of hauntings. They often manifest themselves as visible ghosts, balls of light, and transparent beings,

What is a poltergeist haunting? A ​Poltergeist haunting is a haunting that causes objects to move or levitate by the entity or by a person.

The term poltergeist is German in origin and literally means “noisy spirits”.
Reports of poltergeist hauntings date back to Ancient Roman times.

Often this type of paranormal activity will start off with knocks and bangs, and will quickly escalate to furniture starting to move around by itself. These types of hauntings become more intense, it is reported that the energy will then start manifesting itself through voices and even the appearance of full apparitions.

In poltergeist cases, it has been observed that furniture may slide across the room and beds may shake, as seen in the Enfield Haunting.

As documented by ghost hunters in the Enfield paranormal case, these types of hauntings use children in their puberty years as a catalyst to fuel their haunting. Usually, the activity appears to stop when the teenager leaves the home. The majority of the time poltergeists are experienced by several people, but again they seem to center around one certain person who is usually the catalyst for the haunting.

These paranormal experiences cause people to become be highly stressed which accelerates the haunting. Paranormal investigators report that as soon the individual involved gets medical care, poltergeist activity seems to subside.

When it is not the teenager that is manifesting the poltergeist haunting there are usually several spirits in the area.

These types of hauntings appear that they can pool their energy together in order to become strong enough to move larger objects and make more noises.
Most poltergeist hauntings will disappear without any warning, just as they appeared. These hauntings may stop within a few days, other times it may take years.

What is a demonic haunting? 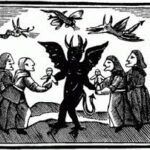 A Demonic is a haunting that affects any living person or building that is by a negative entity that never had a mortal human form. These types of hauntings are pure energy entities that thrive on negative stimuli. Paranormal experts agree these hauntings are experienced in five different ways.

1. Angelic, a being of beauty that will manipulate the person to commit something that is sinful or out of the ordinary.

2. Horrific, evil-looking. Some people claim they have seen demons that are incredibly hideous to look at. I believe demons do this for a scare effect, they know what we fear and this is not their true appearance.

4. Familiar, in some of these types of hauntings the entity will pose itself as familiar to the family. This is done so that the possessed develops a connection with the entity so that it can attack its victim.

5. Objects – Demonic entities have been known to attach themselves to haunted objects such as dolls in order to get closer to their victims as seen with the Annabelle haunting.

When it is a demonic haunting you typically notice a revolting stench similar to rotted flesh or sulfuric acid. They often let loose a growl that sounds like it is coming from everywhere at once. They like to make contact by pushing, shoving, hitting, and even scratching. The whole air in the affected area will feel thick like fog and the temperature will drastically change, typically becoming warmer.

Demons are very strong, unlike human spirits, and they don’t mind showing it. There have been cases where people have been thrown through the air and even attacked. Their main goal is to break down a person’s free will in order to make way for possession. This can take days, months or years, but time is of no concern to them.

Demons are capable of changing form right in front of you from a human form to an inhuman form. They are neither male nor female but can change to meet their needs. People mostly see demons as black masses standing in doorways or near rooms. Sometimes they are called shadow devils.

What is an intelligent haunting? An intelligent haunting is a type of haunting where the paranormal energy is able to communicate or manipulate its environment in an intelligent way. These types of hauntings are believed to be that of the once-living.

These types of ghosts are often observed in locations such as cemeteries, houses, jails/prisons, battlefields, and asylums. One famous case involving an intelligent haunting can be found at Waverly Hills, where the ghosts frequently interact with the living.

Some of the causes of an intelligent haunting are:

1. Died as a result of a traumatic event, murder, car accident, etc.

2. Due to unfinished business.

3. The spirit may have died suddenly and not realized he/she died.

4. The living loved ones are so emotionally distraught they can’t let go.

5. The spirit is emotionally connected to their loved ones.

6. They cannot rest due to an injustice done to them.

7. Fear of the other side or judgment

What are Interdimensional hauntings? Interdimensional hauntings have no real explanation because they are not from this dimension. They are different from ghosts.

They are usually shapeless dark masses, which some people refer to as “shadow people”, bigfoot, or other cryptid beings.

These beings are most commonly seen with your peripheral vision and they are known to do things that are different from ghosts.

They can move between walls, These beings have no human features, and they wear no clothes (except for the hat man/hooded figure shadow creatures). People who encounter these types of hauntings have a feeling of dread.

Clairvoyants that encounter Shadow People, say they do not feel they are human and consider them non-human. Some are seen as child-sized dark humanoids.

At times they appear to be moving like cardboard cutouts on an invisible track from one place to another, such as a toy train on a small-scale railroad track. They have been seen to hop or what appears to be a strange dance. They are known to stare at the floor.

The Shadow person known as the hat man is a commonly reported being. People see this paranormal entity as a tall ‘hooded figure’ wearing a hat and with a hood sometimes over it’s head.

Black-eyed kids are the other type of interdimensional beings that is another common phenomenon. Paranormal Investigators report these strange kids appearing at their doors, usually at 3 am, begging to be let into their homes.

There are also reports of shadow animals, such as a shadow in the form of a cat, with no discernible mouth, nose, or eyes.

What are other types of paranormal phenomena? 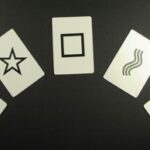 PSI -The extent to which Psi plays a role in these types of hauntings, the appearance of apparitions, spirit photography, and EVP is still not clear.

Pyschic Mediums and Sensitives
Over the past several years, San Francisco Bay Area Paranormal has been trying to incorporate psychic mediums into our field research methodology.
The VERITAS Research Program at the University of Arizona, Tucson, is currently the only university project in the United States conducting active research with mediums in the laboratory.